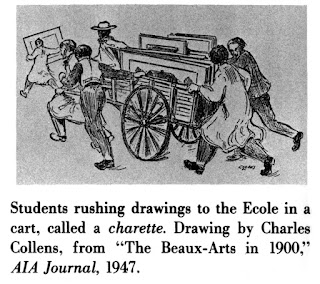 If you intend to demolish someone’s home, make sure they’re not in the room when you propose the idea.  That’s what I learned at one of the charette’s I attended.
RLPS was asked to develop some long range planning for a Client several years ago.  This particular Client decided to open the charette process to the residents, with no restrictions.  Our contact from the Client’s office indicated that there would be about 30 people in the charette, with a gallery on one side of the action reserved for residents who could come and listen and watch.  As we began to organize ourselves prior to the designated start time, it became abundantly clear that we were going to have at least 75 people in the room, and the gallery came not to listen and watch, but to actively participate.  Not only that, but the room was so big, that residents could not hear what the other was saying.
You can imagine that in any long range plan, there may be some buildings that occupy land that could be used more efficiently as something other than its current occupancy.  One of the designers made one such suggestion in plan, and in doing so, removed about twelve residences.  I think all twelve residents were in the supposed listening gallery.  It didn’t go so well with those residents, to say the least.  I had the distinct honor of running from resident to resident holding a microphone so that their disapproval could be heard above the general din.  With any long range master plan, the timing of the work is hard to gauge, but could be more than ten years out.  The affected residents did not quite grasp that concept.  A lot can happen in ten years; especially when you are 80 years old, if you know what I mean.
Actually, the hullabaloo worked for me, because I presented my portion of the plan next, which was much less invasive.  I prefaced my presentation with, “You may not like what I have to say, but at least I’m not knocking any of your houses down!”