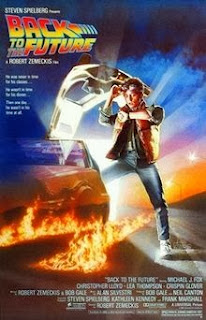 It’s difficult to convey to a Client that a set of documents representing their new building or renovation is a delicate ecosystem.  The plans live in a subtle balance of structural framing and mechanical systems, not to mention the life safety components such as egress and fire protection.  Just as in nature, if one facet of the ecosystem is altered, it can very quickly affect all of the other systems within that environment.

Or a more colorful comparison that comes to my mind is that changing a design once too many decisions have already been made is a bit like time travel.  Depending on which theory one buys into; whether there are parallel cosmic timelines (alternate universes) versus loops in spacetime, there may be some arguments to the finer points.  Let’s just say we subscribe to the concept that history is plastic and subject to change, and that changes to history, while seemingly insignificant, can impact the time traveler, the entire world, or both.

Imagine a Client wants to change the environment we are creating for them.  They want to change the door locations, move walls, combine spaces.  That’s fine, of course.  It is also what the design development or schematics phases are for, but I digress.  Moving doors can affect egress paths.  Moving walls can affect sprinkler layouts.  Combining spaces may affect occupancy loads.  And each of these first layer changes can require additional changes to other systems, and on and on and so forth and so on.  In time travel this is called ‘resulting paradoxes’.  In building design this is called ‘additional services due to design revisions’.  Either way, you have to pay for the changes you incur.

The easiest illustration of this concept is the Back to the Future trilogy.  There are others like Doctor Who or stories by those like Ray Bradbury, but I am most familiar with the beloved science fiction comedy from 1985.  In the film, Michael J. Fox’s character, Marty McFly, ends up in a point in time where he is presented with his parents as teenagers before they had began dating.  Any move Michael J. Fox makes seems to change the exact sequences of actions from the way they happened the first time, creating a significant ripple effect that changes time and impacting the future.  Simply the fact that Marty exists in the point in time is enough to make some changes.  Think about how the girl who becomes Marty’s mother (Lea Thompson’s character) is attracted to him instead of his father George while they are both teenagers.  Creepy enough for you?  But this fact alone creates a paradox that can bring Marty’s world to a sticky end.  If Marty changes the series of events that results in his teenage mother and father getting together at the perfect moment, Marty ceases to exist!

Just as Marty needs to repair the damages he created to his parents love story throughout the rest of the movie, the Architect must repair all the ‘damages’ generated by the Client altering the delicate universe we have created.  The ripple effect is often not immediately visible.  Often, additional necessary changes are uncovered as you work your way through the first set of changes, and each consultant that needs to react may discover supplementary revisions they need to sort out which again affects the architecture in a seemingly endless loop.  All this work is an effort to get back to a world where everything is okay again (Marty’s version of 1985).

Ultimately it is the Architect’s job to keep the Client happy, and this will include allowing them to change their mind even when it is late in the process.  We as the design professionals, however, are obligated to inform the Client of the ramifications and help them understand that some changes become a vehicle to additional services. And while these are never is as cool as Marty’s time traveling vehicle, the DeLorean DMC-12, we must not create immovable roadblocks because of the changes.  Because unlike the film, ‘Where we’re going, we DO need roads!”  We just need to fix the flux capacitor and get back to 1985.