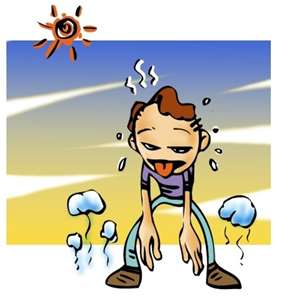 There are plenty of situations that can make an architect uncomfortable.  I had one day at that tops them all for me.  RLPS had several retirement projects going in the Northeastern part of the State when I was a young intern, so I had the occasion to stop by one of them to carry out some sort of chore at the project (it seemed that we continually “adjusted” something at this project).
On the top level, there were several variations of balconies at that floor.  Some were open, others were covered with clear Plexiglas and some had a more traditional porch roof.  It seems that none of the residents liked what they had.  The residents with the roof didn’t like that their balconies were dark, the residents without any covering didn’t like that their balconies got wet, and the residents with the Plexiglas covering didn’t like that they could see debris on their roofs.
One suggestions for the dark balconies was to paint the underside white instead of the dark green of the original.  So instead of getting a painter to paint one, an intern architect was dispatched with a knife, boars of white Foam Core, a ruler, a cutting board and several tubes of Liquid Nails.  So there I was, in temperatures and humidity both in the mid-90’s, outside on a retired military officer’s porch on a ladder fitting squares of Foam Core into the coffers of the porch roof while trying to keep the sweet from burning my eyes.  I was miserable.  Having had a meeting prior to this exercise, I had been dressed in a coat and tie, not exactly appropriate for the task at hand.
After I finished inserting the panels into the coffers, I was literally drenched.  My ride (and the person that assigned this task to me) was meeting elsewhere in the building, so I just sat in the men’s room and tried to dry out, wishing I had a change of clothing.
I am told that the Liquid Nails gave way to the humidity over the summer, dropping panels on the Major’s head every so often.  Small consolation for a truly uncomfortable day.