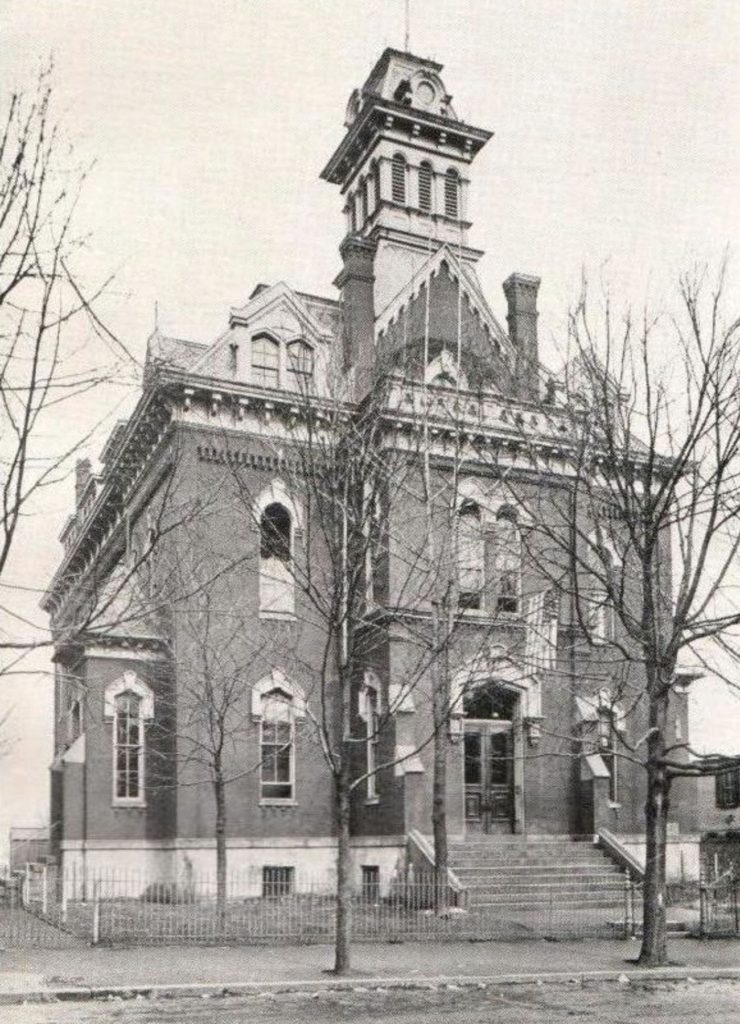 On June 25, 1880, 17-year-old C. Emlen Urban stood before classmates, faculty, school directors and guests of honor as the senior class valedictorian for the Lancaster High School, and delivered a poignant speech of promise and praise.  In 1880, the three story, red brick building was a fine example of 1874 Queen Anne architecture that faithfully served the Lancaster community for more than 44 years.  In 1916, however, the school directors commissioned Lancaster High School alumnus and architect Urban to replace his alma mater with a new and more appropriate structure that would reflect the latest design principles for a modern education.  What an honor this must have been for him, while equally bittersweet.

It had only been 12 years since the school superintendents had retained Urban to design the new Girl’s High School at the corner of West Chestnut and North Charlotte Streets.  However, shortly after its dedication in 1906, the structure was forced to accept boys due to the rapid growth of the city’s population.  The new Boy’s High School would correct the issue and return things to normal, for at least 20 years. Urban seized the opportunity to again showcase his talent and skills by designing a new three-story structure in the popular Beaux Arts style.  The resulting building, that still stands today as Fulton Elementary School, is organized around an impressive and innovative 960-seat semi-circular auditorium with 20 large, leaded glass, ceiling diffusers.  The auditorium is suspended above the gymnasium and indoor running track on massive steel girders

The exterior reflects an equal level of detailing and careful consideration with gold-colored tapestry brick, cast stone balustrades, cut stone bases and capitals, sculptured stone panels, Greek urns, garlands and a most impressive eagle with torches above the main entrance. An enthusiastic School Board President, P. E. Slaymaker, proclaimed the new school to be a “beacon of light …guiding and leading the students in the higher paths of rectitude and right.”