Following our multi-part series on architect C. Emlen Urban, this is the first in a series that will focus on another architect whose talents had a lasting impact on Lancaster County. 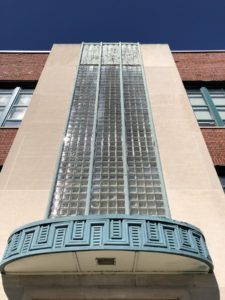 Although his portfolio of local work was varied and his list of clients impressive, Henry Y. Shaub’s real fame as an architect was what he was able to accomplish in the classroom. This Lancaster native was acknowledged throughout the eastern United States as the leading authority on school design. He would sit among the students to understand how the physical environment, including natural light, acoustics and special relationships, could affect their ability to learn.

A rising star in his own right, this young architect was often overshadowed, but not intimidated, by his 24-year-older contemporary C. Emlen Urban.  At 25, Shaub struck out on his own and promptly entered and won a nationwide competition to design the highly sought-after Lancaster YWCA commission in 1915.

Little has been written about this noteworthy architect who followed in the footsteps of Urban. He not only continued to reshape the architectural landscape of our community, but also to shape the minds of our children through designing better environments for learning.

Shaub’s innovation and bold design ideas earned him an honor that only 3% of all architects achieve: being named a Fellow of the American Institute of Architects. The fellowship distinction is reserved for architects who have made outstanding contributions to the profession. 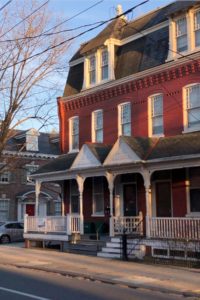 Born Oct. 13, 1887, Henry Y. Shaub was educated at Bordentown Military Institute and Franklin & Marshall Academy, then received an architectural degree from the Carnegie Institute of Technology in 1909.

In 1912, he married Bertha Barron, an orphan who had been raised at the Northern Home for Friendless Children in Philadelphia. They would continue living with his parents, at 246  E. Orange St., for a decade.

Records indicate Shaub registered for both World War I and World War II, but he would never serve in the military due to being described as “crippled from infantile”.

For the full article and photos, subscribers can access the LNP on-line edition of Take a Closer Look at An Architect Who Helped Build Lancaster’s “Look.”