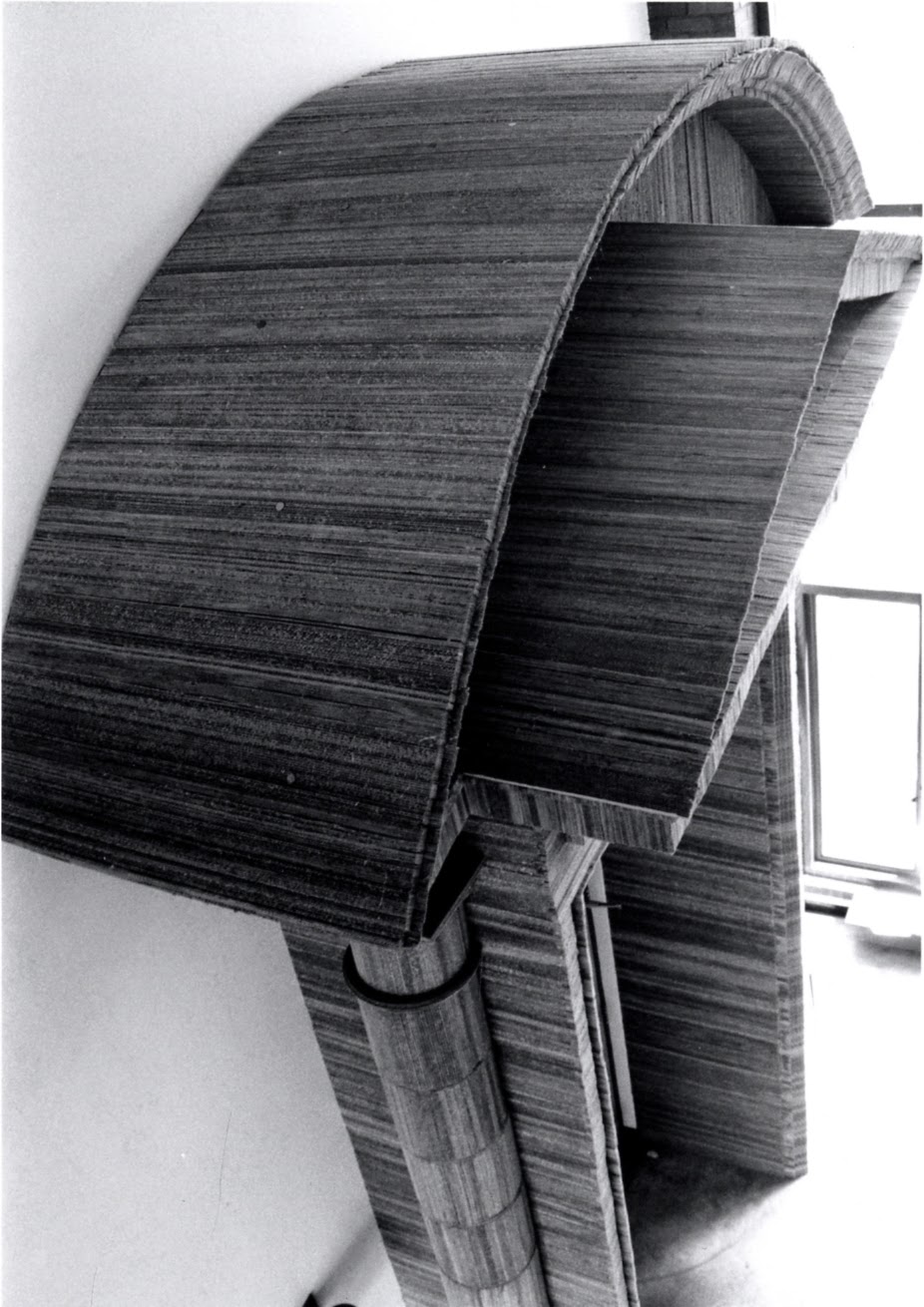 In third year of college, our class was given the task of recreating the Laurentian Library portal, designed by Michelangelo, in corrugated cardboard.  For about a month we stole boxes from dumpsters of all the local businesses in the area under cover of darkness.  Looking back, that wasn’t really responsible of the professors, assigning us petty larceny.  However, we did and just stacked an entire corridor full of the broken down boxes, like five feet high.  Another good example of careless instruction from professors – go store hundreds of pounds of combustible materials in this egress component. But Frank Gehry was making furniture out of cardboard at the time so it had to be okay.
The construction was a huge task and we were given just a weekend to complete it.  Friday afternoon we began by laminating layers of boxes with wood glue and creating templates.  Once our building blocks had dried, we cut them in the model shop on band saws and table saws.  There was so much to do (the thing was full scale and ended up being sixteen feet tall) that we started off scheduling four hours of sleep per person per day.  That sleep quickly evaporated as the work consumed us.
People were half dead by Sunday, using power tools on University property on a class assignment.  We were lucky no one lost a finger or worse.  I carry a scar on my forearm from that weekend as a result of a run in with a hot glue gun.  The end result was utterly amazing when I think about it.  About thirty kids accomplished quite a feat in a single weekend.  None of my friends in other majors could believe the kind of boot camp us architecture students went through.  On the weekends, they had fraternity parties and bar hopping.  I think it may have even been Homecoming Weekend.  Meanwhile, we were fabricating full scale buildings out of refrigerator boxes.  The only regret I have is that it was almost impossible to photograph due to the location we were instructed to install it.
For some reason, the classes after ours did not participate in such a cardboard charette.  There was never any formal explanation, but my assumption is that some faculty member gave a second thought to the liability.