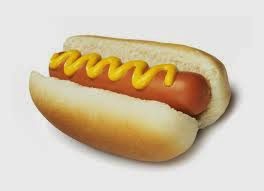 My first full-time job in the field was two minutes away from the and .  The latter half of the 1990’s saw tremendous growth in our industry and I quickly began to see my friends jump from firm to firm, unassumingly to advance their career.  This was particularly true in where there are more architects than panhandlers, at least in the post-Giuliani era.
My job at the Japanese company was okay, but actually the Japanese economy was hitting a financial correction.  As a result, the work for Japanese automakers, finance companies and manufacturing plants in the was slowing.  So I was a little wary, although I was not actively pursuing any other potential employment at the time.
Then one day I got a phone call and an invitation to lunch from Gregg Scott.  I had spent the previous summer as an intern at RLPS and worked a lot on models and renderings for his projects.  So of course I was interested in hearing what he had to say.  So I showed up to his house on a Saturday in the autumn of 1996.  I am not sure what I expected for lunch, but what I found was a lunch of hot dogs and potato salad on his patio.
I was not expecting a lavish lunch, but I could not have been more convinced that I would be hitching my wagon to a down right, down to earth organization.  I don’t know if Gregg saw something in me and intentionally made that selection, or if he just liked hot dogs, or if I was only worth the price of a hot dog, but irrespective of the reasoning, it worked.
That lunch had an effect on the next 6,000 lunches I have eaten, because for the next 17 years (and counting), I gave up the more cosmopolitan dishes from New York in favor of the brown bag style I had grown up knowing.  That was just fine with me, because I was tired of unagi (that’s eel in Japanese in case you don’t frequent sushi shops).