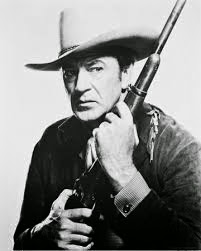 Garry Cooper was the strong, silent type.  I think he would have done well in business.  When it comes to writing it is almost always better to use fewer words to express a thought rather than more.  This is especially true in business writing and the same can be said for presentations and speaking.  That is not to say that one should haphazardly remove words, or force sentences to their minimum lengths, but a well thought out paragraph should remove extraneous phases and redundancies.  As all things relate to Seinfeld; this is not a suggestion to gloss over the body of the story… 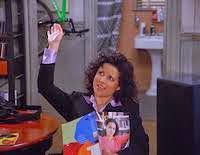 But this takes some time and thought, as does improving anything, and that is why it seems to seldom happen in business correspondence.  To illustrate, below are some of my favorite quotes on the subject:
Thomas Jefferson quipped, “The most valuable of all talents is that of never using two words when one will do.”
Blaise Pascal said (in French), “I have made this [letter] longer than usual because I have not had time to make it shorter.”
This last historical example I will use is not only clever, but ironic.  In Hamlet, Polonius states “brevity is the soul of wit” in a long winded explanation as to why the Prince is mad.  The Queen then interjects, “More matter, with less art.”  Quite possibly the most elegant way to say, “Get on with it,” that I have ever come across.
If I can be indulged with one personal example, I was working with an engineer on faucet specification.  Exciting, no?  There was a major difference between the faucet the facility manager suggested and the type we typically use.  First I received a ten minute phone call from the engineer explaining why the one faucet was specified and how they differed, the details of which are not relevant here.  Then the same engineer sent me the product cut sheets along with a very lengthy email further explaining the situation.  My task was to distill all this information to get a decision from the Owner.
I was able to shave 1/3 of the word count from the original engineer generated email and send it to the owner for a value-based decision.  I believe it was clear, concise and yet courteous.  I actually got a note back from the engineer thanking me for sending out the question because, as he put it, my correspondence was what he was trying to say in his head, it just wasn’t coming out that way.
The Gettysburg Address contained 270 words, roughly 200 less than this article.  Lincoln’s Address was not the only speech that day. Edward Everett gave a two hour eulogy prior to Lincoln’s two minute talk and no one remembers the former’s content.
For the record, the owner responded the way we hoped he would and used only nine words to do so. 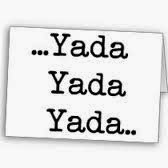