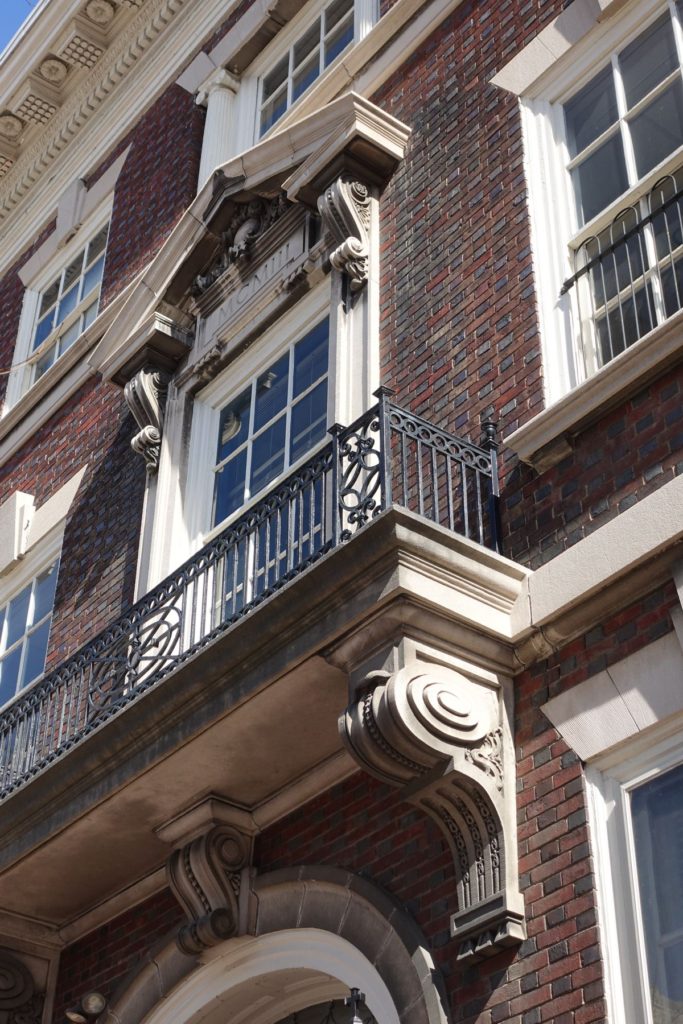 Architects typically hit full stride in their early 40s, and C. Emlen Urban was no exception. With his practice in full swing and his reputation for producing high-quality work growing exponentially, Urban was able to be more selective with the commissions he accepted and the architectural styles he designed.

Approximately two years prior to the Stevens Girls High School dedication, the bishop of St. James Episcopal Church offered a blessing for its newly constructed Parish House at 119 N. Duke St. Its architect was none other than Lancaster’s favorite design professional, 41-year-old Urban.

Respecting the adjacent Federal-style church and rectory, Urban selected Georgian Revival style for the 1903 three-story, five-bay brick Parish House. This monumental yet understated structure is one that is easily overlooked by the passer-by. Today, and even in the earliest known photographs of the Parish House, massive shade trees along the narrow sidewalk make it difficult to appreciate and fully enjoy the architecture and detailing. Behind the canopy of branches, however, lies Urban’s largest and most exquisite example of nonresidential Georgian Revival architecture.

The Parish House exhibits textbook Georgian Revival details, including Flemish bond brick, quoins, a water table, two belt courses, keystone window lintels, six-over-six window panes and classic Ionic columns. However, the real magic occurs at two locations on the facade. Directly over the main entrance door is a cast-stone balcony supported by two large decorative consoles and, above that, a stone pediment with the date inscribed in Roman numerals. The second location is Urban’s attention to detailing at the roof cornice; the deep soffit consists of square blocks with pegs, round rosettes, dentil molding and the traditional use of Greek “egg and dart” trim.

The full digital version of the LNP News article can be found on LancasterOnline.