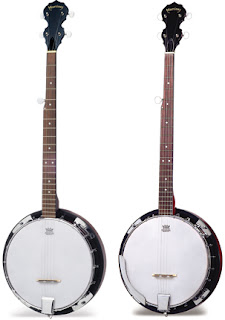 You’ve all heard of Dueling Banjos, but have you ever heard dueling accents?  Several years ago I overheard a conversation between Bob Patrick and Sang-Yee Rummler, discussing specification coordination.  I did not take notice of anything out of the ordinary until Division 8 and the topics of doors came up.
Bob asked if there were any “Par Doors” on the job.  Sang-Yee didn’t know what these doors were.  Neither did I, so I listened more closely.  To paraphrase their minute long verbal exchange, Sang-Yee kept throwing words out that started with “P”, from “Pella” to “painted” while Bob continued to just say “no, Par“.  Finally I realized that Bob’s Pennsylvania Dutch accent was showing through, and he was actually saying “Pow-er” doors.  It did not help that English is Sang-Yee’s second language – Mandarin is her first.  I found it fascinating as to how such small irregularities in one’s pronunciation could cause so much confusion.  Plus it was really funny to watch.
To digress from the first story, I was having a conversation about accents with a classmate of mine, who now lives and works in Boston.  His friend lapsed in and out of her heavy Bostonian accent, throughout our conversations without noticing that she had done so.  I asked her if she thought that I had an accent because I didn’t say things like, “Paaark the Caaar” and such.  She said she didn’t think so, which I thought was strange because to me, everyone in Boston sounded like Mayor Quimby from the Simpsons.
It’s amazing that misunderstandings as a result of the slight inflections in one’s pronunciation don’t cause us more problems, as the world continues to grow smaller and we work with people from all over the country and beyond.  I wonder why everyone just won’t talk like us.  You know – the right way.