Why Do We Do This Every Year, Again? 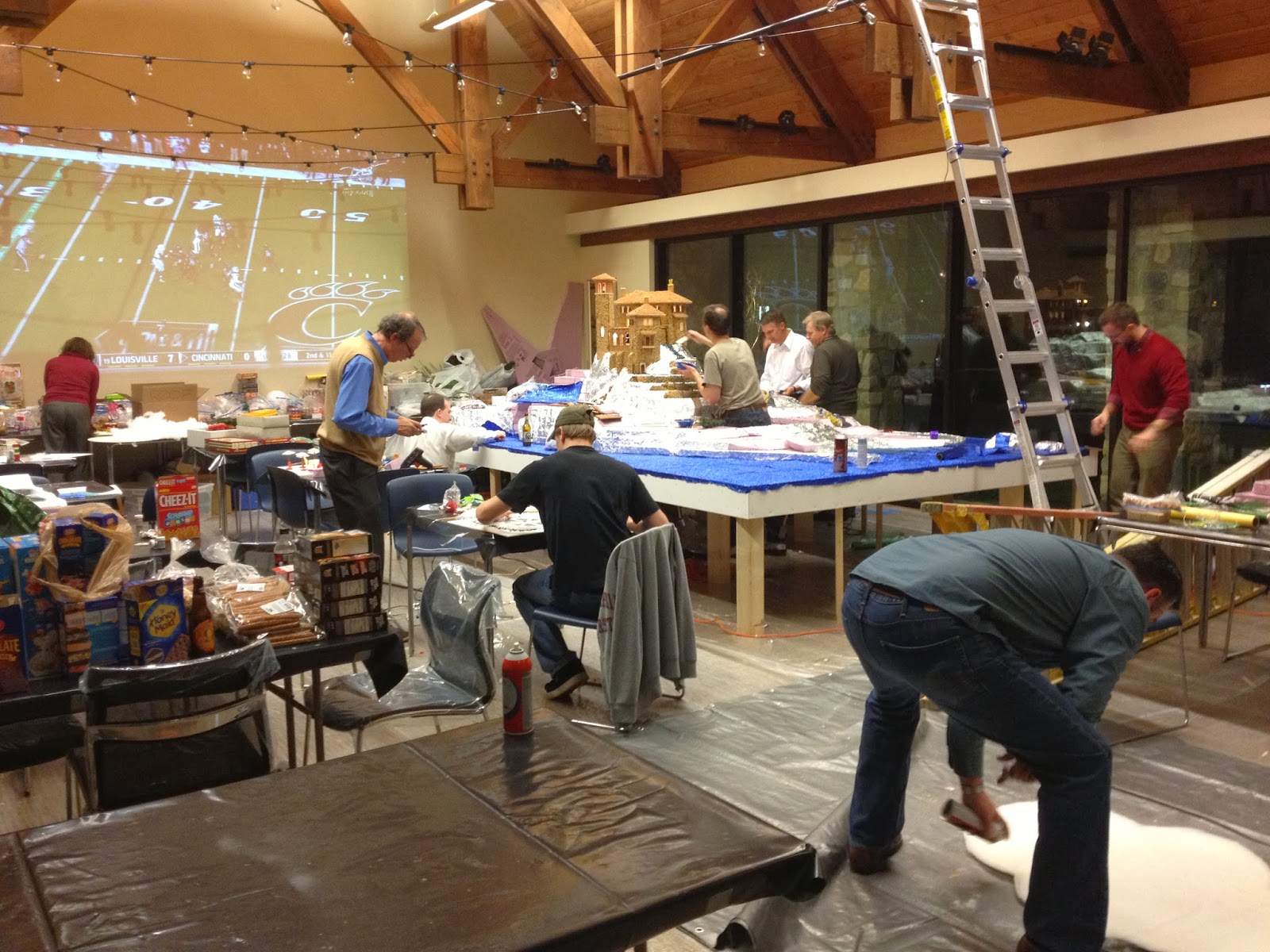 Every year, there is a week long push to really get the display to come together.  Basically, groups of people start staying late in the evenings after work and all day on Saturday and Sunday.  (See football game on the wall in the background).  Usually, Monday and Tuesday are more or less touch-up and clean up.  The last couple days are when you see the opportunity for a few of the funny accessories.  They kind of happen once you see how everything lays out. 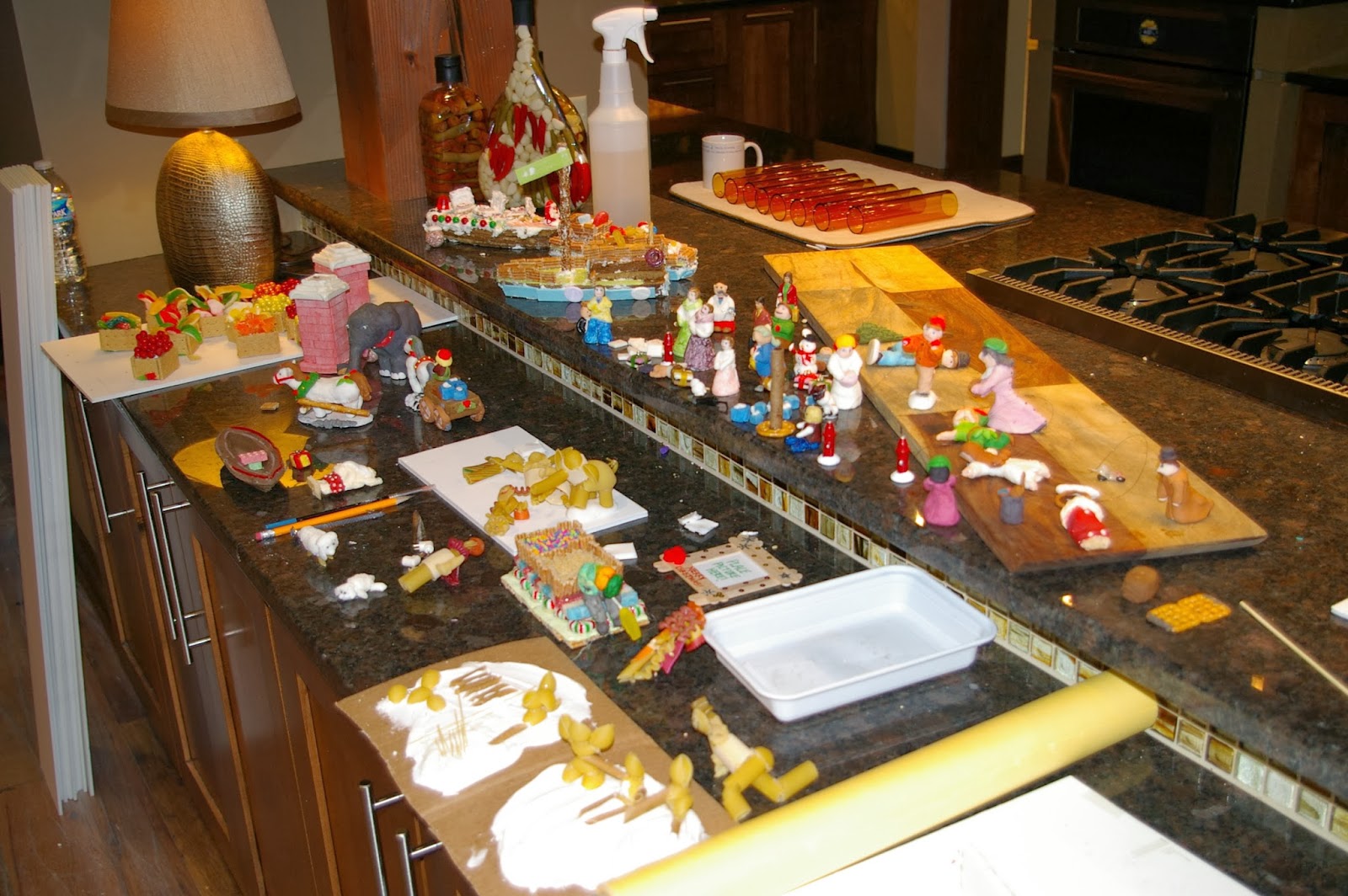 At a certain point, we need to start mass producing the little things that enliven the display.  This happens once most of the people are done with their houses.  People and animals make the scenes come to life.  Bikes, cars, trees and carts fill in the gaps.  In the photo above, there are tons of little things created to go “somewhere”.  Birds come together with some Good & Plenty’s and gum, Rabbits and dogs come from a bit of colored fondant.  Some things we kind of know where we want them to go, others are just for fill in. 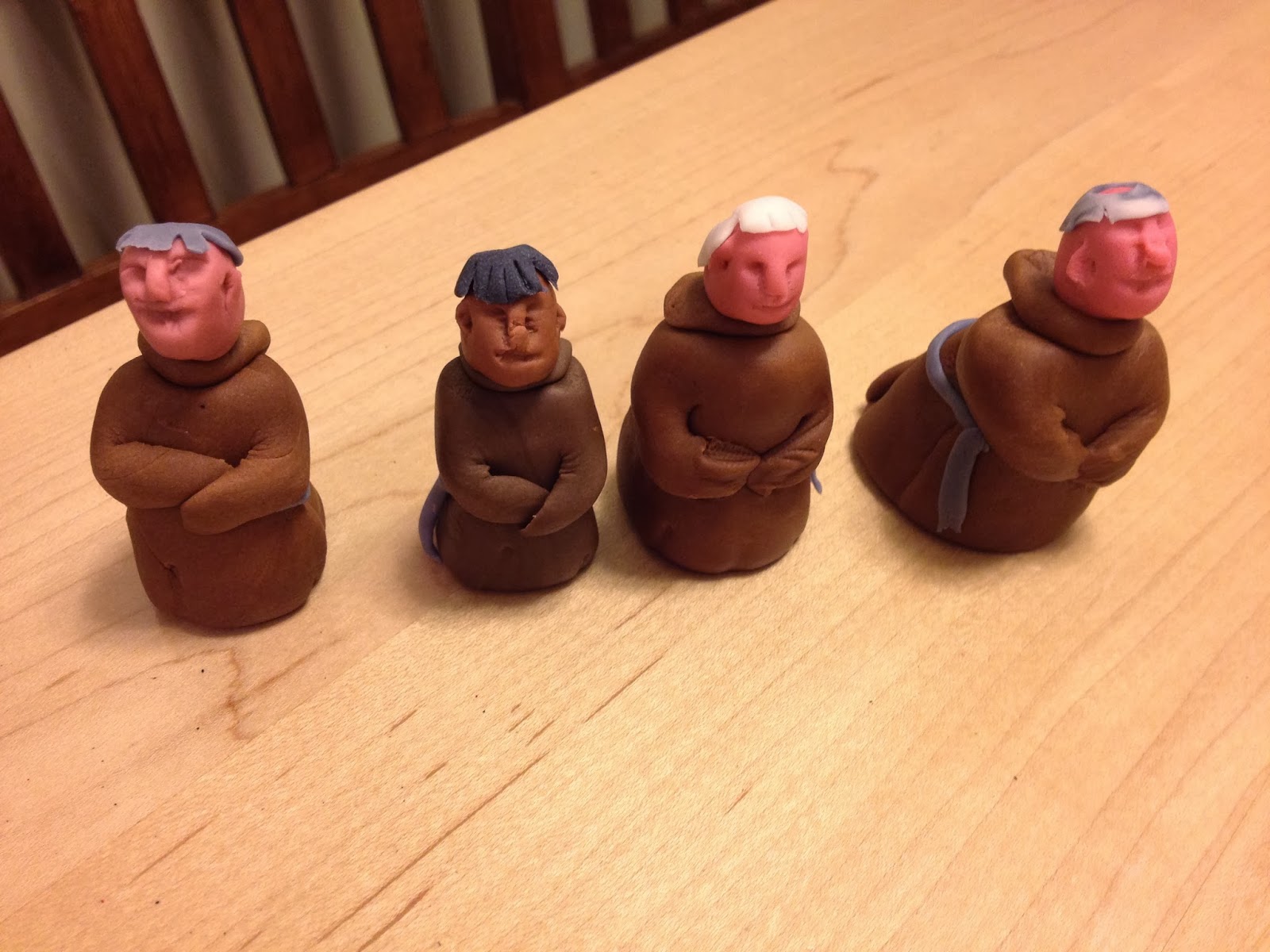 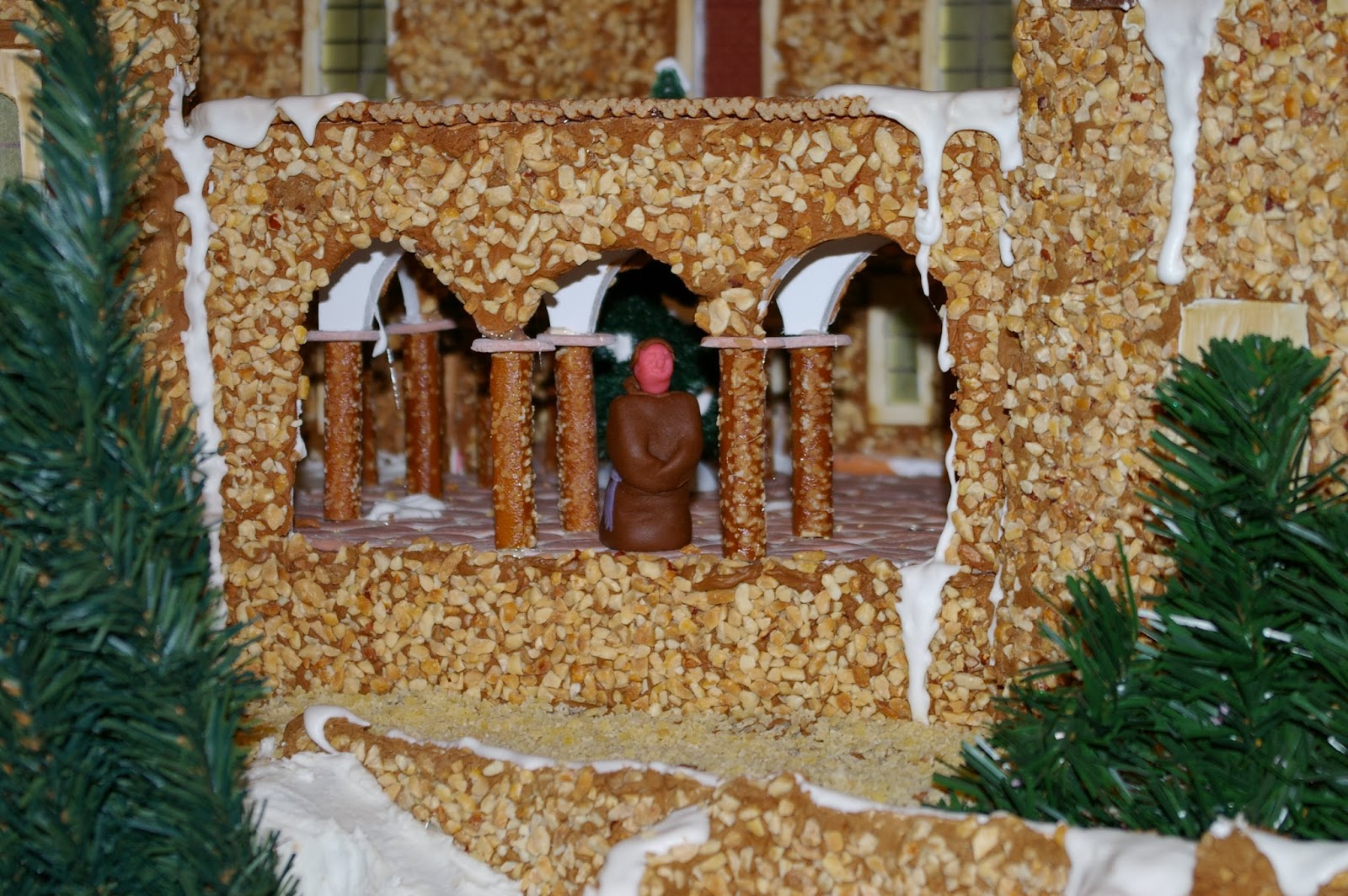 The centerpiece of the display was a monastery.  So i figured it should have some monks.  Since they wear cloaks, they weren’t too hard.  For some reason, I felt they should all have male patterned baldness, maybe a reflection of the maker?  And who else was in the news? 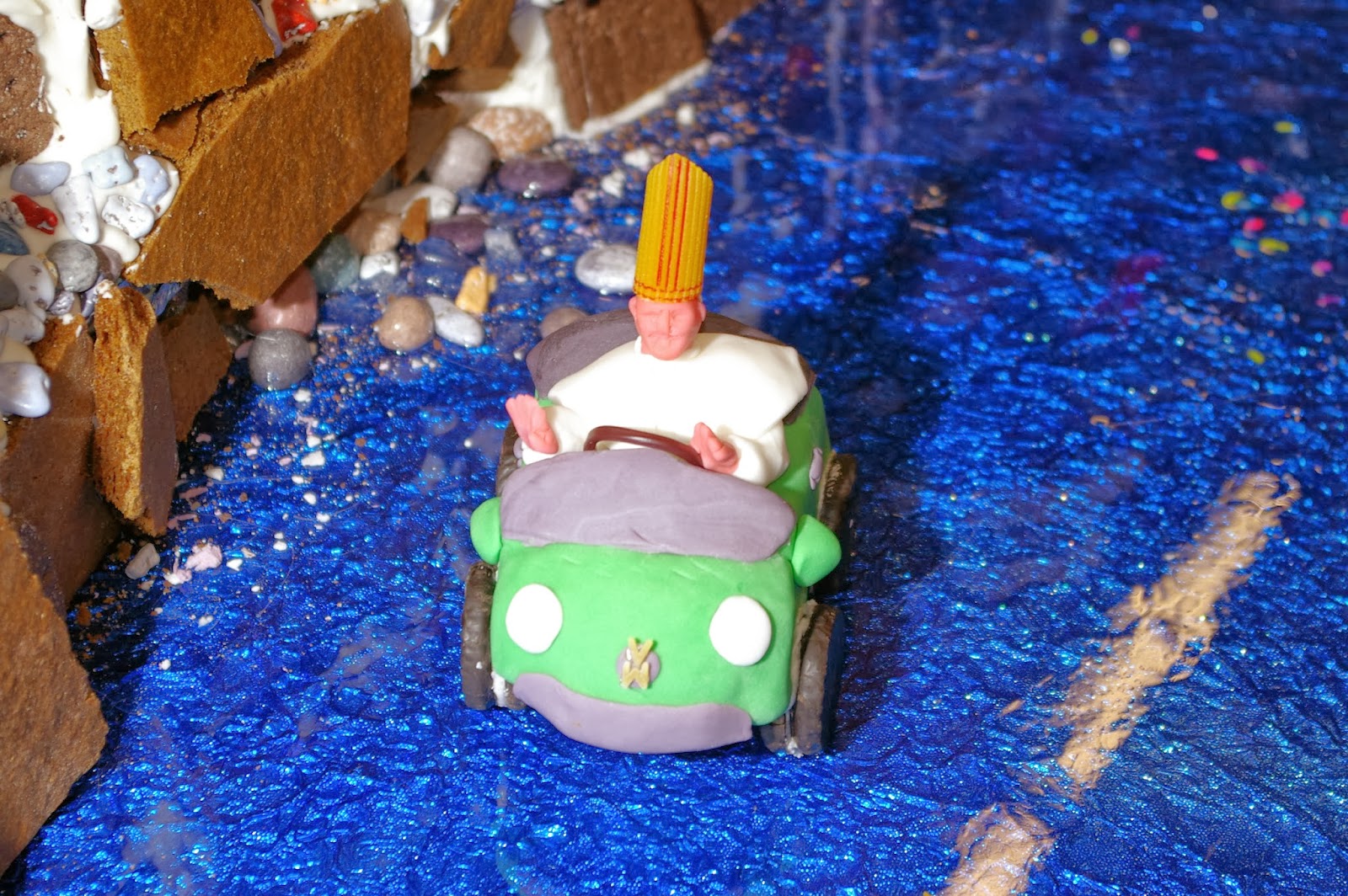 The Pope, of course.  This was Italy anyway.  And he was coincidentally named Time’s person of the year about a week later.  His hat is a rigatoni.  He is in a Volkswagen, because I mistakenly thought lost so people would have heard this same joke I had.  Q:  “How do you fit the Pope in a Volkswagen?”  A:  “You take off his hat.”  Well, I gave him a convertible, and I was really dead wrong about others having heard the joke.  NO ONE heard it before. 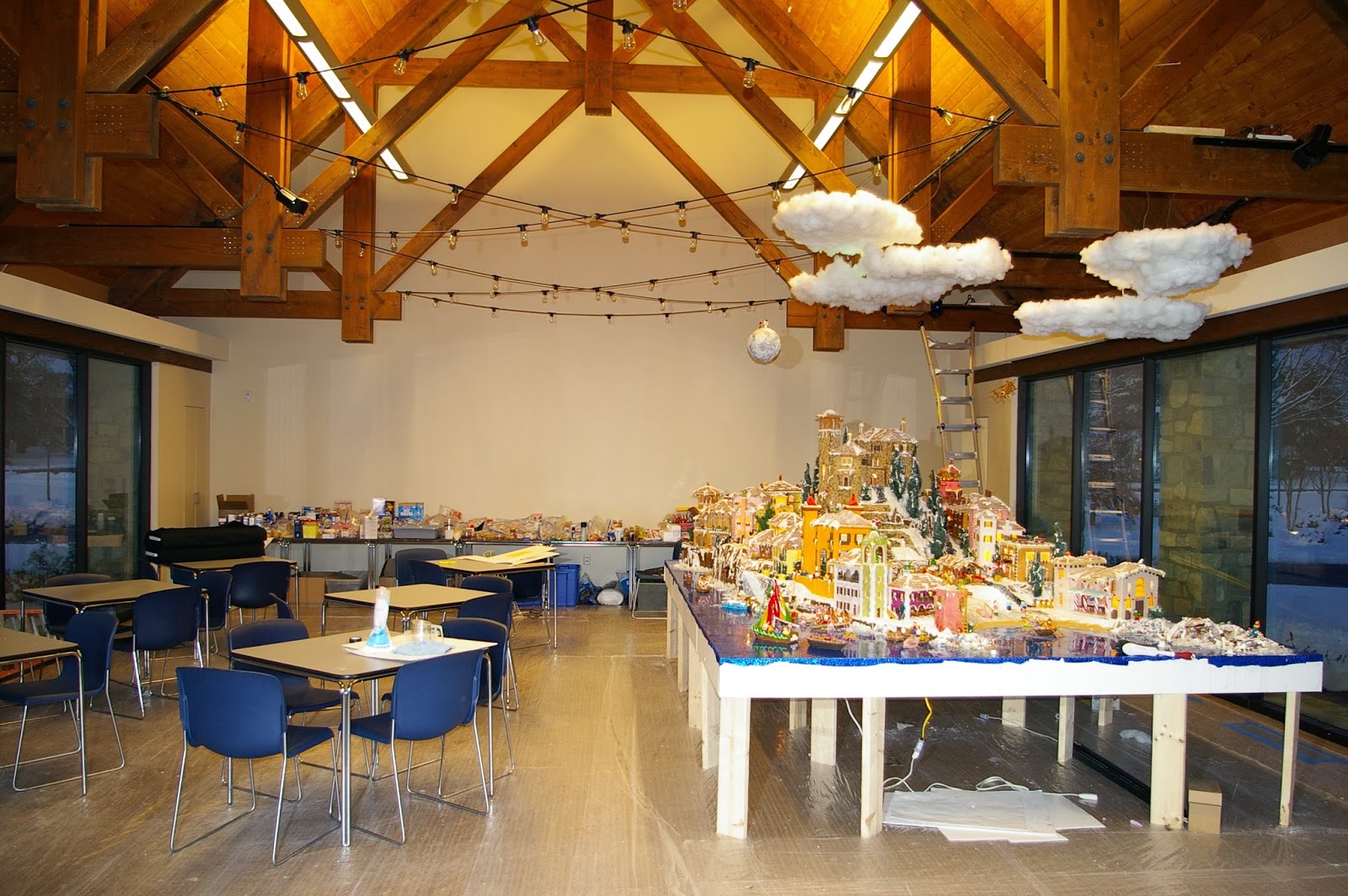 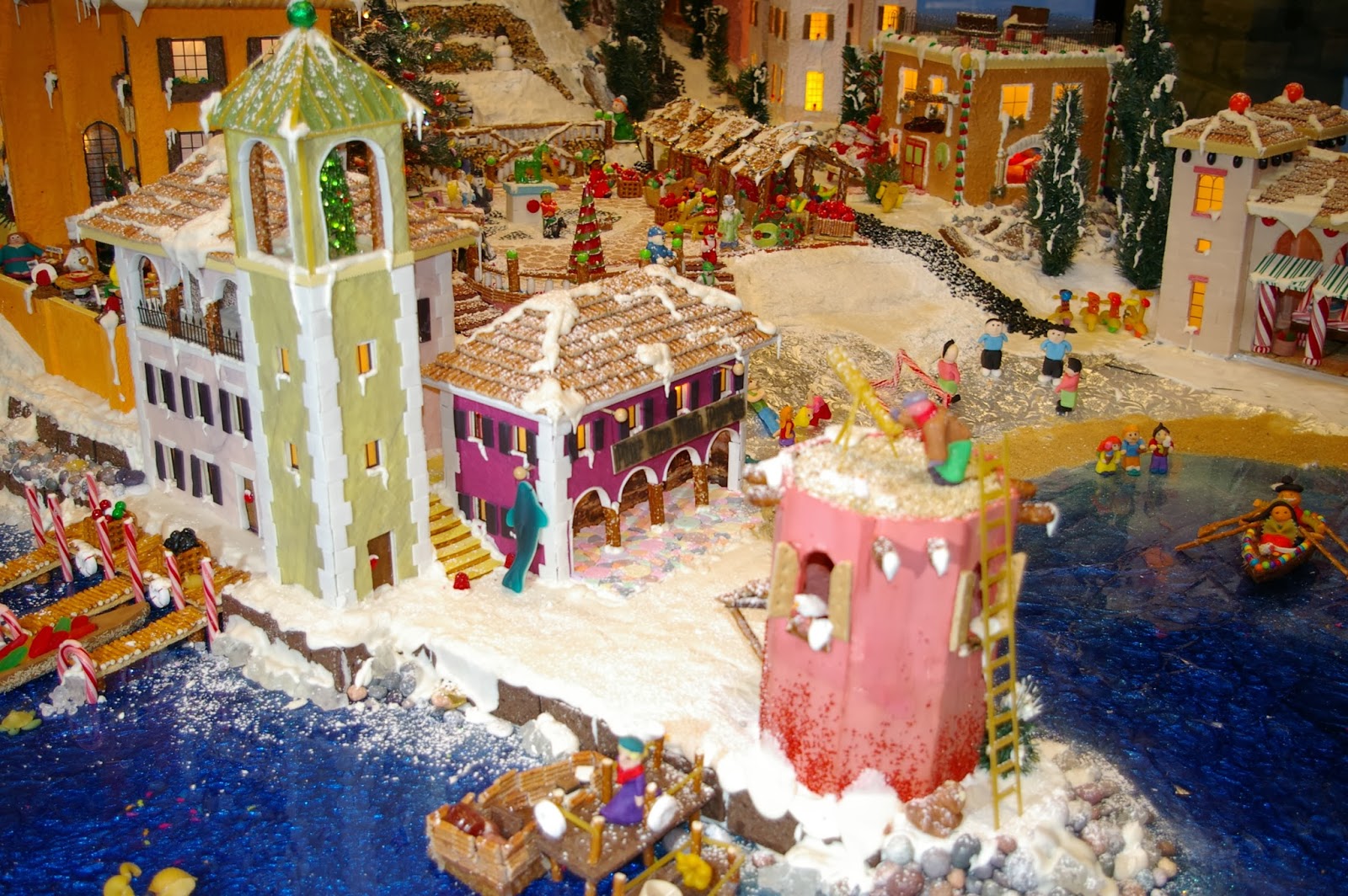 There he is on that pink octagonal building.  There’s even a bit of meaning behind that octagon, as it is one of RLPS’ trademark visual elements we like to use in our projects.
All told we used 60 sheets of gingerbread, 30 gallons of icing, 80 pounds of candy. pasta, cereal and crackers.  All of this stuff had arrived only two weeks prior.  And it all leads up to the Client party on Wednesday night.  Oh yeah, that party is the entire reason we do this every year.  That is how it started and who we actually do it for.  I’ve been around for 17 of the 25 years it’s been done.  My next post will finally address the finished results.  Tune in next time!