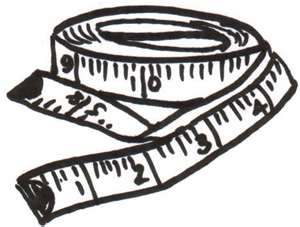 Having grown up in Pennsylvania Dutch Country, you would have thought I might have picked up a bit of the language.  It must be because my mother taught English that I never learned the local dialect.
We had prepared a mock up memory cabinet for our client in Easton.  It was really quite nice.  It was a mahogany stained wood cabinet and it was about four inches deep, with a half round top and a glass door.  The inside was lined in green felt.  The client liked it very much, but it wasn’t quite big enough.  The Dutchy contractor suggested that we make another, “half again as big”.
I don’t know what I was thinking, but I wrote down the phase on my pad, dictated it the minutes, and then proceeded to fax off a sketch to the wood shop to increase the dimensions.  In a couple of weeks, I came into possession of the new mock up, inspected it and then took it to the next job meeting.  The whole group looked puzzled.  I didn’t see what was wrong:  the new one looked just like the first one only it was twice as big, like they had asked.
Turns out, since I didn’t consult my English-Dutch dictionary, or my Dutch multiplication tables, I had made a mistake.  My logic had led me to believe that the first prototype was half the size it should have been – not, take one-half the size it is now and add it to the original.  In the end, the Owner took the oversized cabinet and placed it inside the front entry hall and used it for announcements – it looked great, almost as if it was planned.  In true Dutchy fashion, the lemons were made into lemonade.