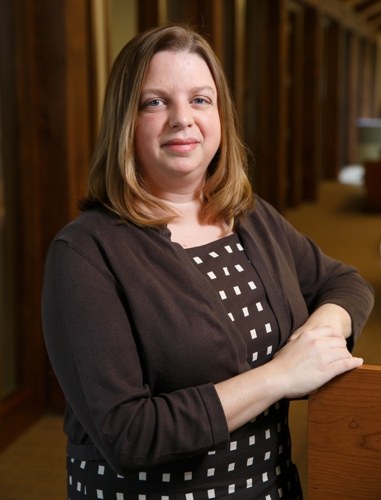 Congratulations to Erin Hoffman who recently received the Accredited Learning Environments Planner (ALEP) credential! This mark of excellence was developed by The Association for Learning Environments (A4LE) to reflect the knowledge, skills and abilities of a competent educational facility planner.  In her dual role as a Project Manager and Educational Program Coordinator, Erin leads our K-12 school clients through a comprehensive and inclusive planning and design process.

We’ve asked Erin to share her thoughts regarding ALEP credentialing, her career path and the challenges facing educators today.

What is the value of the ALEP credential?

The ALEP credential was designed to elevate professional standards, enhance individual performance and identify those in the educational environment industry who demonstrate the knowledge essential to the practice of educational facility planning.

For me, ALEP Certiﬁcation reinforces the value of research-informed design strategies and a transparent and engaging building design and construction process.  My drive and passion come from integrated design and community engagement.  The ALEP credential reinforces the value of challenging the status quo to continually improve learning environments. END_OF_DOCUMENT_TOKEN_TO_BE_REPLACED

According to the Association’s website, “The Alumni Achievement Award recognizes alumni 35 years of age and younger for their extraordinary professional accomplishments.”  Carson has been a part of RLPS since his first internship in 2007. He joined the firm full time after graduating from Penn State with both a Bachelor of Architecture and a Master of Architecture – Community and Urban Design. Parr was named a partner of RLPS in 2018 and currently leads our higher education market.

Carson is active in the American Institute of Architects and was a Past President of the AIA Central PA Chapter. Carson continues to volunteer as a mentor for Penn State architecture students.

It’s been a while since I’ve dropped a post, hasn’t it?  To be honest, it’s been hard to find the motivation to write.  To be sure, I’ve been lucky during this pandemic.  Our firm’s shift to work from home has been nothing short of seamless.  Aside from setting up a temporary work area, to a then in essence a permanent work area (once realization set in that this was not a short-term event), my professional life has been very stable throughout this time.

But life had still become very different.  But different doesn’t always mean bad.  I thought I would take stock of the things that have been positive about work-from-home in a pandemic. END_OF_DOCUMENT_TOKEN_TO_BE_REPLACED

Gregg Scott, FAIA, Partner Emeritus at RLPS Architects, will be hosting a private walking tour of Historic Downtown Lancaster, highlighting the impressive architecture that can be found along West Chestnut Street.  This Lancaster Walking  Tour will showcase a diverse mix of commercial and residential buildings reflecting a myriad of architectural styles, all within a few blocks of the city square.

The following pdf files are the handouts for tour-goers to reference during the tour:

Craig Walton, a former partner of RLPS who retired in 2015, passed away on August 8th, 2020.  Not only was Craig a beloved member of RLPS for over 25 years, he is also the namesake of our office’s CH Walton Gallery. 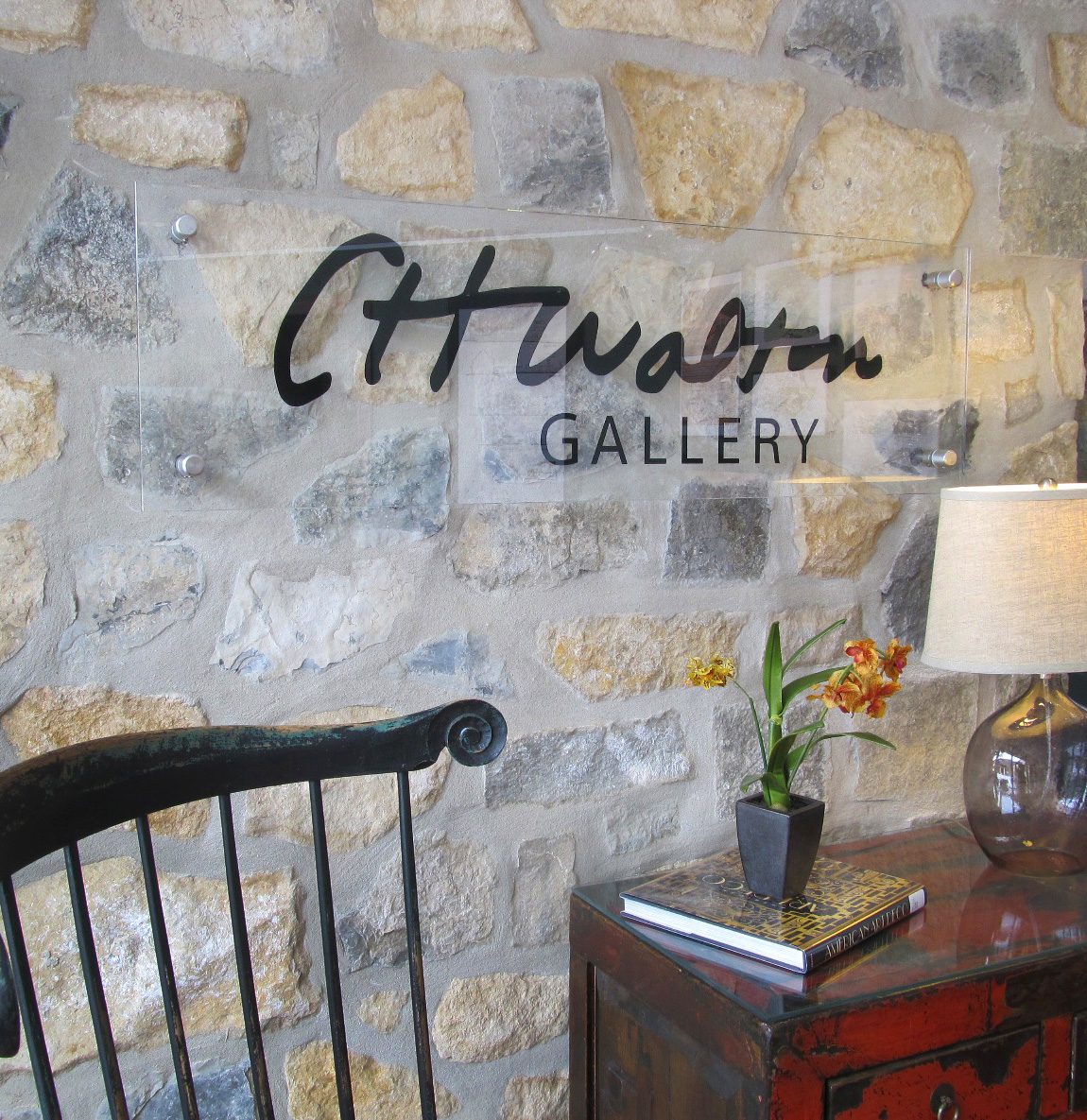 The following information is extracted from the full obituary on Lancaster Online.

His death came after a ten-year struggle with the rare illness Progressive Supranuclear Palsy. This was a challenge he faced with tremendous courage.

Born August 31, 1950, in Lancaster, Pennsylvania, Craig was the eldest son of Harry B. Walton, Jr. and Thelma Hershey Walton. He was an Eagle Scout and a graduate of Manheim Township High School.

Craig was accepted by the University of Virginia to study Architecture in 1968, a year when the school was all male and students were required to wear a coat and tie to class. Craig had a mentor in Professor Carlo Pelliccia at UVA, who inspired in him a passion to draw. Post-graduation he went to the Harvard Graduate School of Design, receiving a Master of Architecture in Urban Planning degree.

In 1980 Craig won the Stedman Design Competition and was awarded the prestigious Rome Prize in Architecture. This win granted him a one-year Fellowship at the American Academy in Rome in Italy. He filled his year with travel, study, and drawing. His sketchbooks are a magnificent record of his time there.

In 1987 Craig joined RLPS Architects in Lancaster. He retired as a Partner in 2015. He was devoted to his profession and enjoyed working alongside his talented colleagues.

A person of many interests, Craig was above all devoted to his family. He said that his years as a father were among the best in his life. He enjoyed creating unique Halloween costumes and themed birthday parties. He designed and built a custom playhouse for his most important clients, his children.

Craig’s joys included architecture, gardening, sketching, historic homes and annual visits to the beach. In his later years, Craig loved the gatherings of his children, grandchildren, and siblings at the family home in New Hampshire, the site of his daughter’s wedding, family holidays and many special times.

Craig is grievously missed by his wife Virginia; son Drew and his wife Nina of Dallas, Texas; daughter Julia and her husband Jordan Kaericher, granddaughters Edith and Margaret of Los Angeles, California; his siblings Scott and Bruce Walton of Lancaster; and Beth Ranney of Southampton, New Jersey.

The earliest known codes that dealt with construction are found within the Code of Hammurabi, which dates back about 1700 years B.C. in Babylon.  Since building codes deal with permanent structures that are figuratively and sometimes literally concrete, some may be surprised that today’s codes are not so absolute and clear-cut as say, a rental agreement on an apartment.  In the case of old King Hammurabi, it was very definitive – should a house fall down on its owner, the builder shall be put to death!  Today (thankfully) construction law is not so strictly interpreted.  This may be because the industry is ever changing in terms of technology and building standards.  Or it may be because there are an infinite set of conditions that may be encountered within a design that has not commonly been experienced before.  Or it could be a set of existing conditions that is unique to the circumstances of a particular building project.  Likely it is some combination of issues.

No matter the reasons, building codes today have a little flex to them.  Actually, they have a lot of flex.  In the 2015 International Building Code (the one we use in Pennsylvania at the time of this writing), the word “exception” occurs 838 times.  The root word “except” without the -ion occurs another 227 times.  That is astounding to consider (well, to someone like me it is, anyway).

The reason: normally, the building codes read a little like the Code of Hammurabi:

“You shall do this.”

But in over one thousand instances, you do not have to do “this”, if you do “that, and maybe another thing.”  For instance, the Code says that we can only build this type of building so high…except we can go one more story if we sprinkler the building.  The Code also says all spaces must have two exits…except for when the room is this small.  It goes on and on like this.  Exceptions are pervasive in a book that is only 729 pages long, including the cover, preface and table of contents.  On average, there are about three exceptions on any two pages staring up at you.  And this is just the commercial building code.  There are additional codes for energy conservation, plumbing, mechanical, fuel gas and one for just existing buildings and one and two family homes, for which I have not done similar word counts.

But in all seriousness, it makes sense.  In my fist example, a sprinklered building is statistically much safer than one that is not.  Therefore, if provided with an automatic sprinkler system, buildings can generally be just as safe when little taller and larger than those which are not sprinklered.  And, in general, it is a good idea to have two ways out of any space, but is that really necessary in a 10′ x 10′ office?  No, of course that would be highly inefficient.

This is why I often need a lot more info when asked a “simple” question by one of my colleagues.  This isn’t because I’m nosy, but because the answer can be drastically different if I don’t know, say, the building contains a basement or it is connected to another building into which we count on exiting.  Or maybe the building contains a warehouse for fireworks and match sticks under a commercial kitchen with open flames.  That last example contains obvious hyperboles, but they illustrate the point that some circumstance are far more hazardous than others, and the Codes account for that.

I am not saying building codes are as complex as corporate tax codes… but they kind of are.  Although I am pretty sure I could not convince a building official that a new NFL stadium needs zero bathrooms; where a sly accountant can probably figure out how to pay zero taxes on that same stadium for the next thirty years…so maybe not.

“Nothing pleases me more than to tell you I was wrong.”

When was the last time anyone’s told you that?  That was me.  The words even surprised me as they rolled off my tongue.  As most readers may know, I coordinate many of the code compliance aspects of the firm.  I see it as my job to take the most conservative approach to any problem, unless I am told otherwise by those who have the authority to approve a more liberal approach.  For that part of the practice, this tactic makes the most sense to me.  That way, we do not make assumptions or promises that are not based in 100% reality.

This past week, I have had the opportunity to tell two different Clients that my initial interpretations were more conservative than necessary.  I know what you’re thinking.  “What’s wrong with this guy, won’t he ever learn?”  I tell you what:  I would not have changed a thing in my process.  “Gee, is this guy stubborn, or what?”  Yes, but that isn’t the reason.  Please consider the following:

By now, you’ve probably guessed that when I read those Choose Your Own Adventure books when I was younger, I always chose the “safe” route.  You’d be right.  But just like real life, those writers always were sure to insert some twists that even the “safe” route caused turmoil and affected the outcome, and the submarine still hits the rocks and sinks to the murky depths of the sea.  Thankfully, the writers of code books aren’t so tricky – usually. 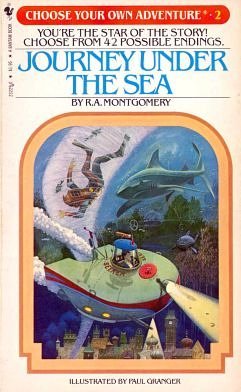 Update to our Clients and Business Associates

In accordance with the Pennsylvania Governor’s order, RLPS Architects has temporarily closed our office building.  All RLPS employees will work remotely until state and national officials indicate it is appropriate to resume physical business operations.  In the interim, we will continue to provide services as follows:

The RLPS team remains committed to doing everything we can to keep our clients’ projects moving forward and ultimately minimize the long-term impact of this pandemic for all of us. Please contact us with any concerns or if we can assist you further at this time.

Update to our Clients and Business Associates

In accordance with the Pennsylvania Governor’s order, RLPS has temporarily closed our office building. All RLPS Architects and Interiors employees will work remotely until state and national officials indicate it is appropriate to resume physical business operations.

In the interim, we will continue to provide services as follows:

The RLPS team remains committed to doing everything we can to keep our clients’ projects moving forward and ultimately minimize the long-term impact of this pandemic for all of us. Please contact us with any concerns or if we can assist you further at this time.